He looked so lost, so soulful, so lonely. I wanted him to kiss me now. I wanted to let him know I was his for all eternity.

Initial Thoughts: I loved young adult vampire books when I was a teenager. I grew up with Twilight and just needed a bunch of vampires in my life. So, when I was sixteen, I read Vampire Kisses by Ellen Schreiber for the very first time. Then, I read two other books in the series and promptly forgotten about finishing the series. Whoops! That happens to me quite a bit. Now, I decided to finish all nine books. That means, rereading Vampire Kisses all the way from the beginning till the end. As I write this, I am on book 7. From what I’ve noticed, they seem to be a bit juvenile. Cute, yes. Fun, absolutely. But, once I finish this series, it is unlikely I will reread it again.

In her small town, dubbed “Dullsville,” sixteen-year-old Raven, a vampire-crazed goth-girl, is an outcast. But not for long…

The intriguing and rumoured-to-be haunted mansion on top of Benson Hill has stood vacant and boarded-up for years. That is, until its mysteriously strange new occupants move in. Who are these creepy people especially the handsome, dark, and elusive Alexander Sterling? Or rather, what are they? Could the town prattle actually ring true? Are they vampires? Raven, who secretly covets a vampire kiss, both at the risk of her own mortality and Alexander’s loving trust, is dying to uncover the truth.

Ellen Schreiber’s spooky and stirring romance tells the story of two outsiders who fall in love in a town where conformity reigns, and ends with a shocking surprise.

When Raven was a child, her teacher asked everyone in her class what they wanted to be when they grew up. All of her classmates gave normal answers but Raven answered “I want to be a vampire.” Now, Raven is sixteen and is still obsessed with vampires. She’s a bit of an outcast in her small town nicknamed “Dullsville.” According to Raven, the only interesting thing about her town is the creepy abandoned mansion on Benson Hill. When new occupants rumoured to be vampires take over the abandoned mansion, she knows that she has to check it out.

Soon, Raven discovers that a mysterious seventeen-year-old named Alexander lives in the mansion with his parents and butler. He is everything Raven had ever dreamed of, dark and mysterious. But, Alexander might also be a vampire.
The target audience of this book is young teens. It lacks the typical darkness associated with vampire novels. As far as young adult vampire romances go, this one is cute with some light humour. Even so, it was entertaining.
The main character, Raven, embodies the typical outcast goth girl stereotype. Her best friend Becky, also an outcast, is a sweet farm girl who serves as a good contrast to emphasise Raven’s oddities. The mean kids are exactly what you would expect, rich and snobby with cheesy comebacks.
Then there’s the love interest, Alexander Sterling. He may or may not be a vampire. He likes to hang out in cemeteries and sleeps during the day. He’s absolutely perfect for Raven, and she decides pretty quickly that he was the love of her life. This is young adult fiction, so most of the romance tends to happen instantly.
It was sort of nostalgic rereading this book ten years later. While it did not “wow” me back then and did not “wow” me today, it was still well worth the read and reread. Hopefully, I will eventually finish the series.

The Odyssey, translated by Emily Wilson (2018).
It’s been a long time since I posted anything... but I’m back! This weekend, I went to a thrift store to go shopping for some books. Shopping at a thrift store for books is an entirely different experience than going to a bookstore. When I go to a bookstore, I usually have a book in mind that I want to buy and I’ll maybe browse and see what else catches my eye. With a thrift store, you never know what you’ll find. Book 1: The Couple Next Door by Shari Lapena. I truly have no idea what it is about, but I think it’s a thriller. Have you read it? Book 2: Evermore by Alyson Noel. So, I read Evermore when I was fourteen and loved it. I thought it might be worth a reread so I could give it a review on my blog. Book 3: Half Broke Horses by Jeannette Walls. I absolutely loved The Glass Castle. I’m curious to see if Half Broke Horses is just as compelling. Finally, Book 4: Quiet by Susan Cain. So, I’m an introvert. Actually, I’m a huge introvert. Plus, I am super shy and constantly anxious. It’s a great combination to have for socializing and meeting new people 😜I’m super curious about this book and what Susan Cain has to say in defence of introverts everywhere. #bookstagram #book #books #quietsusancain #susancain #bookhaul #bookstagrammer #evermore #evermorealysonnoel #halfbrokehorses #jeannettewalls #thecouplenextdoor #sharilapena #booknerd #bookaddict
Currently obsessed with Bridgerton! Have you read The Duke & I or watched the Netflix series? #bookstagram #bookstagrammer #booklover #bookcommunity #book #booknerd #bookrecommendations #bridgerton #bridgertons #bridgertonsonnetflix #juliaquinn
I absolutely adored The Guernsey Literary and Potato Peel Pie Society 😍 It’s romantic with a dash of historical fiction. It is also a love letter to some of the greatest classics of all-time. I love how the book is told entirely through letters. I ended up feeling as if the characters were real. Question: have you read this book? Do you like books told through letters? #book #bookstagram #booklover #booknerd #books #bookaddict #bookrecommendations #theguernseyliteraryandpotatopeelpiesociety #maryannshaffer #annieborrows #bookworm
Out of all of Jane Austen’s novels, I cannot seem to remember the storyline of Emma very well. 😅It has been nearly ten years since I read Emma while I was in my first years of high school. The only thing I can remember is that Emma goes around trying to set-up romances. 💕💕 After recently finishing Pride and Prejudice, I would love to reread Emma someday. As always, so many books, so little time. Have you ever read Emma? Have you seen the newest film adaptation? I still haven’t seen it, but it looks amazing 😁 #Emma #Janeausten #emmajaneausten #bookstagram #booklover #book #bookstagrammer #booknerd #booklove #classicnovels
Ready for June ☀️☀️☀️☀️☀️ #bulletjournal #june2020 #june #bulletjournaling #bulletjournalideas #bulletjournalcommunity #bulletjournallove #montlyspread #journaling #journal 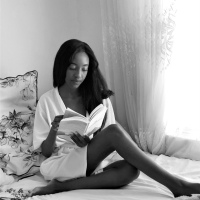 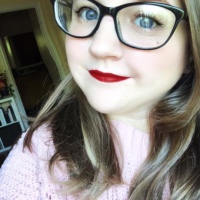 BOOKS. REVIEW. MY OWN WORDS.

a thousand lives, one lifetime

judging a book by its cover